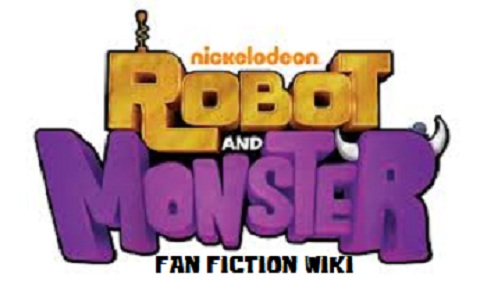 WELCOME TO ROBOT & MONSTER WIKI
This is a wiki about the Robot & Monster TV series that anyone can edit!
224 articles since July 29, 2012

In the future, Mechanicals toil away, tightening screws at the Blinking Lights factory, while Organics chomp on salty snacks at their favorite food stand. In this land of beating hearts and motherboards, Robot and Monster make a bit of an odd couple, but that doesn't keep them from being best friends. Like toast and eggs, they do everything together, testing Robot's gadgets, playing fetch with Marf, dreaming of biker babe J.D. and dodging the annoying Ogo and the arrogant Gart. They're also on a mission to make Robot's dreams of becoming the world's most famous inventor, come true! Join them on their journey and be sure to pack plenty of their favorite snack: BACON!

Robot's and Monster's families celebrate Baconmas together, which leads to a stressful holiday.
(Read more...)

Robot and Monster is turning 10 this year

I can't believe it's been that long.

When will Paramount release the complete series of Robot and Monster on DVD?

Go to these sites for info or for help with your own wiki!